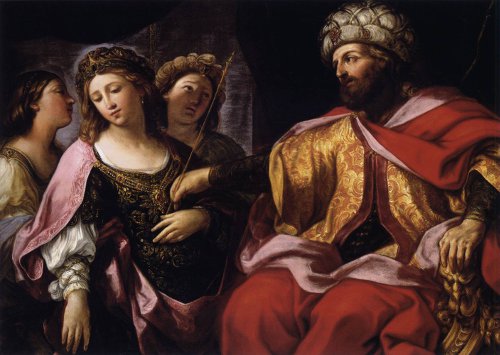 The name of God is never mentioned in the Book (though some believe the Chapters form an acrostic with the letters for God’s name) – but the clear hero of the Book of Esther is the LORD and His steadfast love.
An interesting question arises: “Did Yeshua (Jesus) celebrate Purim?” It is written in John chapter 5 that He was in Jerusalem for an unnamed feast, but scholars have questioned which feast this was. Some have rejected the idea that this was Purim because it is considered a “minor” feast and not one of the shelosh regalim (three pilgrimage festivals). However, we know that Jesus celebrated Chanukah (John 10:22) which is also another “minor” feast, so a priori that is not a worthy objection. According to Lambert Dolphin’s research on this question, chronologically the only feast that John could be referring to is Purim, since it is said to have fallen on Shabbat (John 5:9), but the only feast that occurred on Shabbat between the years of 25-35 CE was in fact Purim (in the year 28 CE). But why was it referred to as an unnamed feast? Perhaps the Spirit of God intentionally left out the name of the feast because the Name of the LORD was likewise deliberately left out of the Book of Esther.

Check out the latest sermons in this series